Las Vegas entertains millions of people year after year. It’s rich in history and has certainly seen a thing or two in its lifetime. From resident superstars to Elvis-themed weddings, it has everything you could ever imagine.

People go to Las Vegas to gamble, seek world-class entertainment and stay in some of the most luxurious properties in the world.

Most of the hotels and casinos in Las Vegas are owned by either Caesars Entertainment Corporation or MGM Resorts, with these two companies operating 18 of the 28 resident casinos.

While a lot of Las Vegas properties share similar operators, the needs of the visitor are always changing. People aren’t looking for the same things as those that went to Las Vegas during its early years. As such, the themes and entertainment of the resorts evolve all the time so the demands of the customer can always be met.

But while there’s always something new, the casinos remain the constant. Some have been around longer than others. The Aria, for example, is a baby compared to some of the oldest casinos in Las Vegas.

Some of these properties you will recognize, others you won’t. Most of the resorts in this list have had multiple changes in ownership over the years, meaning that their names may not be the same as they once were.

So with that in mind, here is a list of the oldest casinos in Las Vegas. 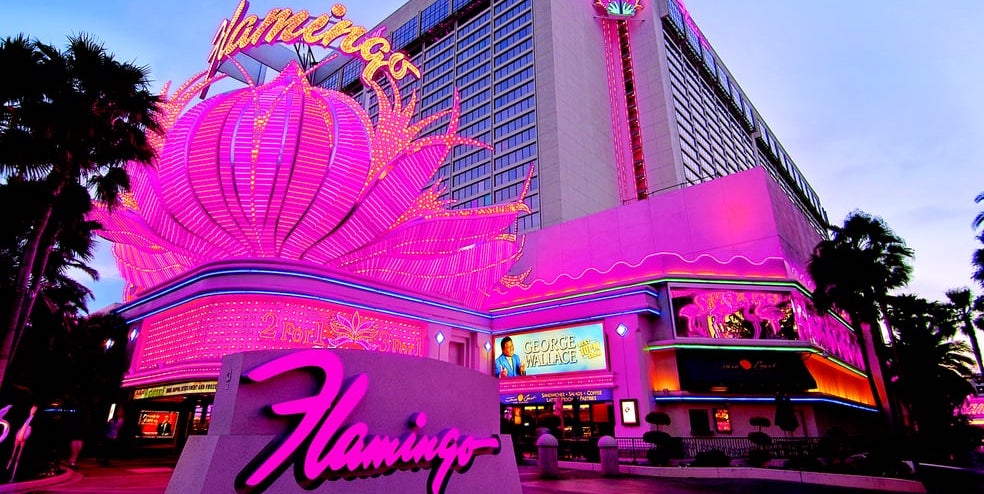 The Flamingo Hotel & Casino officially opened on December 26, 1946, with 105 rooms. At the time, it was billed as the first luxury hotel on the Las Vegas Strip.

The property was said to be named after the girlfriend of Bugsy Siegel, the owner of the Flamingo. According to the memoirs of Lucky Luciano, Siegel owned a race track where flamingos populated the area. Apparently, they brought good luck with them.

The Flamingo was the third resort to open on the Las Vegas strip (Paradise) and to this day remains as the oldest resort in operation. It is also the first casino on the strip to have introduced slots games to Vegas back in early 1940s.

The resort is now owned and operated by Caesars Entertainment Corporation. The Flamingo has a 72,300 square-feet casino and 3,626 rooms. Staying true to its name, the hotel also has a garden courtyard that acts as a habitat for flamingos.

Headlining the Flamingo Hotel and Casino at this moment are Donny and Marie Osmond. Their show first premiered back in 2008 and has continued to be a part of Flamingo’s entertainment since. Their show was voted the best in the whole of Las Vegas, while Donny and Marie themselves have been voted best performers 3 times.

They are due to take a break in 2019, during which Paula Adbul will begin her residency. It is scheduled to continue through January 2020 and will continue as the main headline act once the Donny and Marie show concludes.

Over the years, the Flamingo has seen many famous acts take the stage, including Olivia Newton-John, Tom Jones, Kenny Rogers, and the Beach Boys. 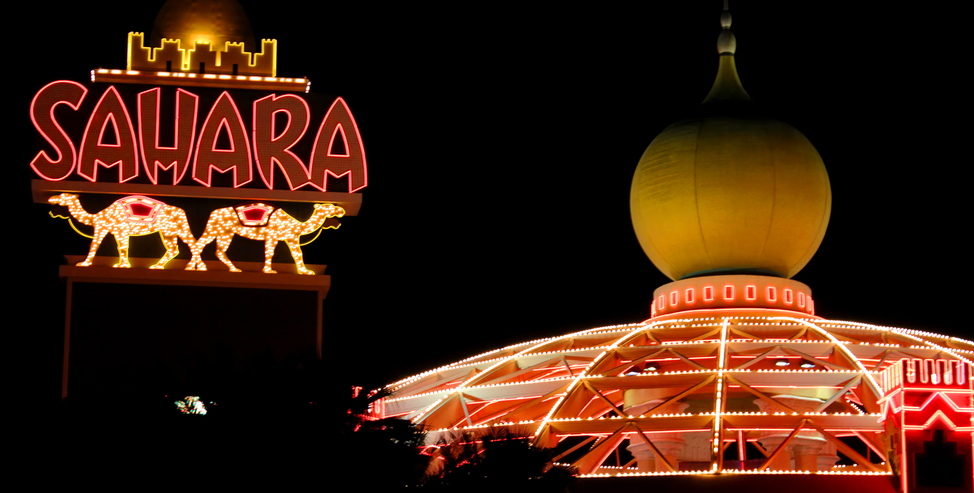 Sahara Las Vegas is the second oldest casino in Las Vegas. It is located on the Las Vegas strip in Winchester, anchoring the northern end and is currently owned by the Meruelo Group.

This casino was named the Sahara until 2011 when it was shut down. It reopened in August 214 as SLS Las Vegas but after Meruelo Group took over in 2018, it now operates as Sahara Las Vegas as of August 29, 2019.

The property now has 85,000 square feet of casino space and 1,600 rooms. In September 2019, renovations are set to begin on the pool area, with more work continuing going forward. The new Casbar Lounge is also named after the original music venue, showing that the new owners have paid attention to its history.

However, while the theme is not Moroccan anymore, there are references to the original Sahara throughout the property.

Acts such as Frank Sinatra and Barbra Streisand have all performed at this resort in the past too. 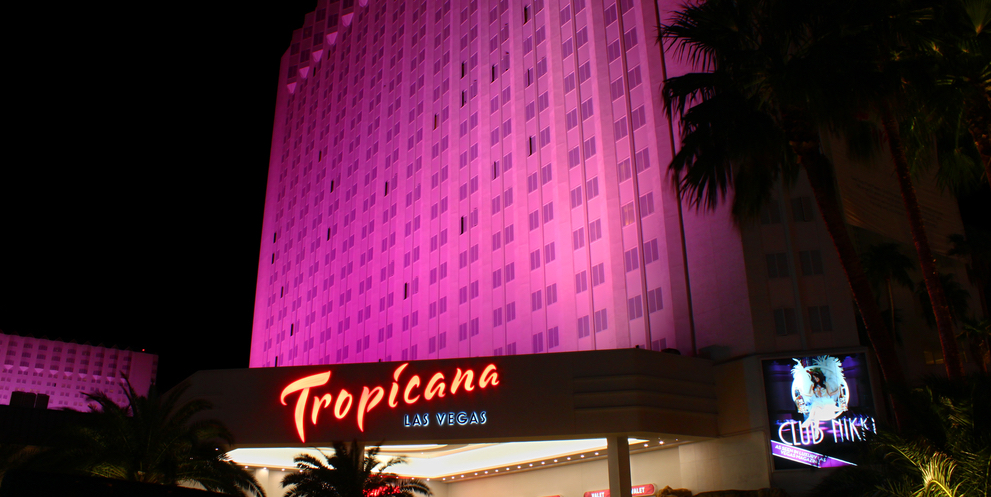 The Tropicana Las Vegas is the third oldest casino in Las Vegas. It is located on the Las Vegas Strip in Paradise and is currently owned and operated by Penn National Gaming.

The Tropicana originally opened in 1957, albeit with a few problems. Its original owner, Ben Jaffe, had to sell his interest in the project to fund its completion. It wasn’t until 1961 that the Tropicana Country Club opened its doors to the public. At the time of opening, the property had 123 acres of land. In 1977, after going through more financial difficulties, the Tiffany Tower was constructed.

Interestingly, the intersection on which the Tropicana stands has the most hotel room of any on Earth. Also, pedestrians are not even allowed to cross the road at street level – they must use overhead bridges instead.

Visitors can enjoy an outdoor swimming pool with a tropical backdrop, boutique shops and a wedding chapel. 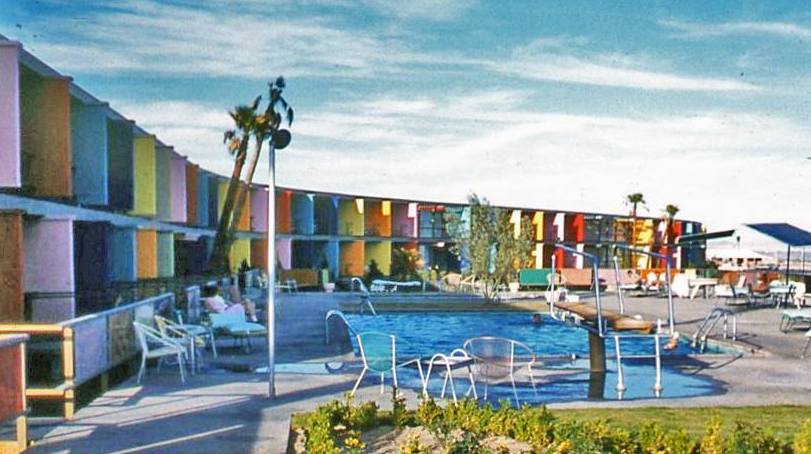 The Flamingo Capri, now The Linq, is one of the oldest casinos in Las Vegas. It’s located in Paradise on the Las Vegas Strip and is owned by Caesars Entertainment Corporation.

The resort originally opened back in 1959 as Flamingo Capri motel with 180 rooms available. It was sold in 1971 to Ralph Engelstad and a casino was added to the property a year later. It expanded to 650 rooms in 1977 once the Imperial Palace Tower had finished construction and was later reopened as Imperial Palace in 1979, with more hotel towers added to the resort over the years.

In November 2018, the Linq became the only resort in Las Vegas with a zipline over the Strip. This attraction gives visitors a unique look at Las Vegas. When all the lights come on, it’s a surreal experience.

The Tally-Ho Hotel opened in 1962, making it one of the oldest casinos in Las Vegas. It is located on the Las Vegas Strip in Paradise. The hotel first opened as a 450-room hotel in 1962. It was the only major hotel without a casino in the state of Nevada.

It didn’t last long though. The Tally-Ho closed less than a year after opening and was sold to Kings Crown Inns of America. After purchasing the property, they reopened under the name King’s Crown Tallyho and added a casino. However, things didn’t go to plan and the casino was granted a gambling license by the Nevada Gaming Control Board due to concerns over the hotel’s finances.

The property was then sold again in 1966 to Milton Prell. After renovations, it reopened in 1966 as the Aladdin. In 1976, a 19-story tall hotel tower as added to the property. 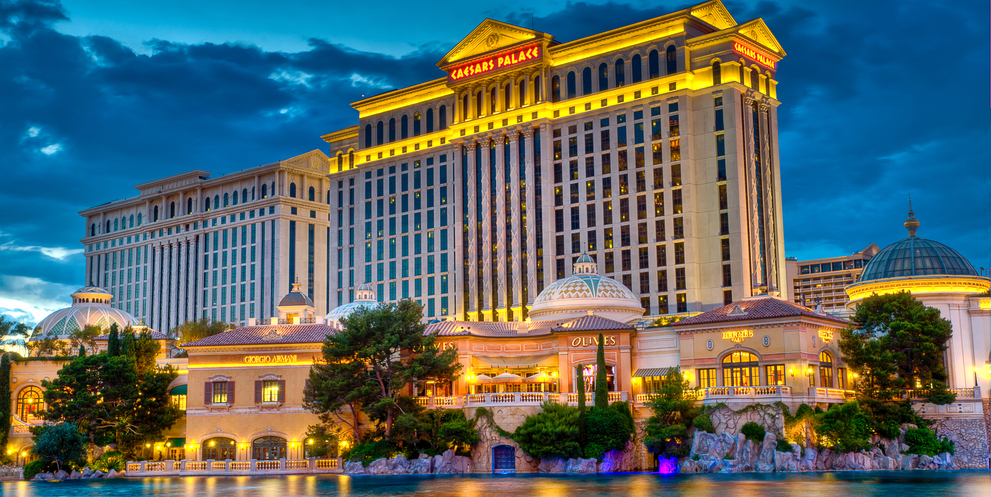 Caesars Palace is one of the most famous hotels and casinos in the world. It is also one of the oldest casinos in Las Vegas. It can be found in Paradise on the west side of the Las Vegas Strip and is currently owned by Vici Properties and operated by Caesars Entertainment Corporation.

Caesars Palace was first established in 1966. Jay Sarno, the creator, wanted guests to feel like they were living during the Roman Empire. There are statues and columns just like those found in Hollywood productions, including a statue of Augustus Caesar at the entrance of the property.

Caesars attracts some of the biggest games in town, with players frequently playing high stakes blackjack, roulette, poker, video poker, slots machines and more. The poker room itself is open 24 hours a day, covers 4,500 square feet and lies at the heart of the gaming floor between The Colosseum and the sportsbook.

There are lots of amenities for visitors to enjoy, including lots of bars and restaurants, as well as shows and entertainment in The Colosseum. This theatre can hold more than 4,000 people with a 22,450-square-foot stage, initially built for Celine Dion for her show, A New Day… 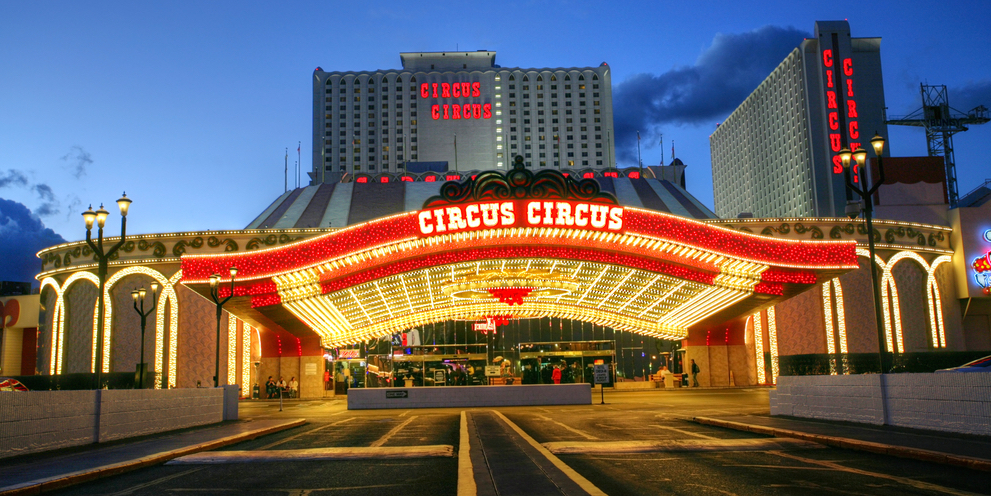 Circus Circus was opened on October 18, 1968, making it one of the oldest casinos in Las Vegas. It is located in Winchester on the Las Vegas Strip and is owned and operated by MGM Resorts International.

Opened by Jay Sarno and Stanley Mallin, Circus Circus became the flagship casino for Circus Circus Enterprises. The architects designed and constructed a giant circus tent for the main structure to go along with this theme.

At the time of opening, Circus Circus has a casino but did not have a hotel. A hotel was finally built after Sarno was granted a loan from Teamster Pension Fund.

Since then, the property has been expanded with hotel towers: The West Tower, The Casino Tower, The Skyrise Tower, Circus Circus Manor Motor Lodge and RV Park.

Today, Circus Circus and features various circus and carnival acts. There are also ballrooms that can accommodate up to 600 people, a sportsbook with 18 big screens and 80 seats, 3 swimming pools, an indoor amusement park connected to the hotel and a new water park.

Holiday Casino, now Harrah’s Las Vegas, is another old casino in Las Vegas. It is located in Paradise on the Las Vegas Strip, is currently owned by Vici Properties and operated by Caesars Entertainment Corporation.

The casino changed its name to Harrah’s Las Vegas in 1992. It went through a renovation in 1997 to replace the riverboat theme with Mardi Gras and Carnival. This also included the extension of the 35-story tower to make room for another 986 rooms, as well as the addition of 6 23-carat gold-leaf sculptures, each weighing 22,000lbs each.

This casino also has a stop on the Las Vegas Monorail, namely the Harrah’s & The Linq station, which can be found at the rear of the property.

The MGM Grand Las Vegas is another old casino in Las Vegas that rings bells all over the world. It is located in Paradise on the Las Vegas Strip and is owned and operated by MGM Resorts International.

Originally a 700-room hotel, the property was known as the Marina and opened in 1975. The owners sold the Marina to Kirk Kerkorian in 1989, who had also purchased the Tropicana Country Club behind the Marina to obtain the site that would later become the home of MGM Grand. The Marina was never destroyed, but built around instead, and was known as MGM Marina at this time.

The property closed in 1990 so the new casino hotel complex could begin construction. After opening in 1993, MGM Grand became the world’s largest hotel complex.

The property has numerous amenities, such 6.6 acres of outdoor swimming pools, rivers and waterfalls, a 380,000 square feet convention center, MGM Grand Garden Arena, and the Grand Spa. There are also lots of shops, bars, restaurants and, of course, a casino.

The gaming floor is one of the largest in Las Vegas, with 171,500 square feet of space containing over 2,500 slot machines and hundreds of table and poker games. There is even a High Limit Slots area that can payout as much as $500,000.

Nob Hill, now the Best Western Plus Casino Royale, is the tenth oldest casino in Las Vegas and is located in Paradise on the Las Vegas Strip.

The hotel first opened for business in 1964 under the name the Caravan Motor Hotel. It had 164 rooms and was developed by Heers Bros, Inc, a local construction firm at the time. 4 years later, the hotel became an affiliate of Travelodge and became known as Caravan Travelodge.

The casino didn’t open until a few years later in 1978. It was initially operated by the owners of Holiday Casino. 1983 saw Holiday Inn buy the operating license for Nob Hill as part of its overall purchase of the Holiday Casino. However, the Nob Hill casino lease expired in 1990, forcing it to close.

Today, the property has 152 rooms and expanded to 17,500 square feet of gaming space.

Casino Royale caters to mainly low rollers, with low minimum bets taken on all games, including blackjack, roulette, and craps. In fact, Casino Royale is best known for its slots promotions.